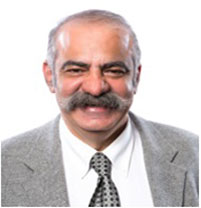 Dr. Charles Abbas received a B.S. in Microbiology from the U. of Minnesota, an M.S. in Microbiology from the U. of Montana and completed a Ph.D. in Microbiology and Cell Science at the U. of Florida (Gainesville). He has over 30 years of experience in industrial biotechnology first working at Difco R & D in Ann Arbor, MI as a senior scientist, and as a group leader, manager and until recently the Director of Yeast and Renewables Research at Archer Daniels Midland (ADM) in Decatur, IL. Since retiring from ADM, Charles established IBiocat, Inc. at Enterprise Works Incubator facility at the U. of Illinois Research Park in Champaign, IL. IBiocat, Inc. focuses on the development, validaton, optimization and scale up of advanced biorefinery solutions in industrial biotechnology. Charles is the author of over 100 abstracts, scientific articles, book chapters, review articles, patents and patent applications. In April of 2016, Charles received the Charles D. Scott Award for his contributions to the use of biotechnology for the production of fuels and chemicals. In June 2016, he was also awarded the BBI FEW Award of Excellence for his contributions to fuel ethanol. Charles is considered a leading expert in yeast, large-scale industrial fermentations, and biorefining. Charles is credited with coining the term “biorefinery” in the early 1990s. “Biorefinery” describes the processing of commodity crops to high value added products. His areas of expertise include: industrial biotechnology, fungal chemistry and biochemistry, biomass conversion, advanced biofuels and chemicals, bioprocessing of commodity crops and their residues to produce high value-added products, development of yeast strains for industrial fermentations, and large-scale fermentation production of ethanol, polymers, amino acids, enzymes, vitamins, carotenoids and organic acids using bacterial, fungal, and algal systems.